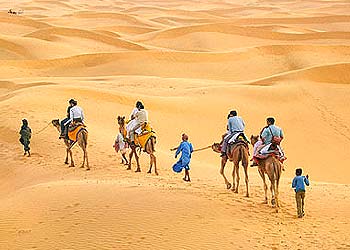 It was Christmas Eve, 1996. My husband and I had been travelling with only our back-packs for several months. We were both more than a little homesick as we were thousands of miles from home and family.

India is such a different culture, it felt as though we were on another planet. No Christmas carols to be heard, no twinkling lights to be seen and no Christmas tree to decorate. Little did we know of the amazing adventure which awaited us. This was to be a Christmas that we would cherish forever.

We had made arrangements to go on an over-night camel trek into the Sam Sand Dunes Desert located near Jaisalmer, Rajasthan. Our guide, Mohamed, introduced us to our rather large camels and off we went. Never having the privilege of riding atop a “ship of the desert”, I was, at first, a little nervous and gripped the reins with white knuckles. But as we journeyed into the dancing gyrating sand dunes, I began to breathe again and concentrated on the beauty of the amazing alien landscape.

As we ambled along the desert sands, I began thinking about the Christmas story and of the Three Wise Men who may well have traveled over these very same dunes whilst following that Christmas Star.

My husband, Steve, rode alongside Mohamed. I followed along on my camel, named Rose. Mohamed’s dog, whose name was Camel, trotted along with Rose and me. Rose, the camel and Camel, the dog were our interesting travelling companions.

Our guide, Mohamed, eventually reached his preferred campsite and began setting up for our overnight stay. As the sun began to descend in the sky, he laid out pillows and lovely soft blankets on the warm sand. Next he built a huge campfire and proceeded to make us a wonderful dinner of dahl, rice and some sort of curry-like stew. Not being a fan of curry, I began wishing I could chow down on some good old traditional turkey, mashed potatoes and stuffing, followed by pumpkin pie with mountains of whipped cream. Pushing down my greedy thoughts of Christmas feast back home, I chided myself while I ate the spicy dinner and drank the hot chai with a new and improved attitude of gratitude.

As we watched the setting of the Indian sun, Steve and I strolled along the tops of the ever-shifting dunes. The huge orange ball of fire turned the dunes into an enchanting dancing vision of shadows and light.

The ombre shades of oranges, reds and gold highlighted in the blazing evening sunset were a sight to behold.

We sat near the warmth of the campfire, as once the sun dipped below the horizon, so did the temperature. Mohamed sat near his camels,giving us privacy. However, I wanted to get to know Mohamed and invited him to come and join us. We began to chat about his family and his life in nearby Jaisalmer. I thanked him for the lovely dinner and asked him if he knew just how special this Christmas Eve would always be for us. He began to ask questions about Christmas Eve and what it meant for Westerners like us. So, sitting at the campfire’s edge, on a sand dune in India, under the radiant light of a full moon, I shared the Christmas Story with a Muslim named Mohamed. Under the glittering diamond-studded sky, I told him of the birth of Jesus.

Mohamed seemed particularly interested in the Three Wise Men travelling over the desert sands, on camel back, following the Christmas Star. I told Mohamed that the Wise Men came from the East, so they might have even come through Rajasthan.

I can still see his beautiful countenance as he pondered the wonder of the birth of a king within a lowly stable. As the fire danced in his warm soft brown eyes, I could also see a deep connection was made with the story of those Three Wise Men. He had never heard of that holy, sacred Silent Night and seemed enthralled by the story.

We settled down on the soft blankets and marveled at the countless stars scattered throughout the velvet sky. I was reminded of another time, long ago, under such a desert sky, when God promised Abraham that his descendants would be as numerous as the very stars I was viewing. And as numerous as the sands I was lying upon.

I slept very fretfully on that Christmas Eve. I was so enthralled by the biggest moon I had ever seen. As the moon rose higher and higher in the sky, the light filled the desert with an eerie luminescence. I kept waking myself so I wouldn’t miss such a spectacular lunar display.

Morning came all too quickly. The sunrise was every bit as beautiful as the previous sunset and moon rise. The very heavens were streaked with pastel shades of pink. Once again, I marveled at the beautiful God-painted tapestry. I promised myself, in future, I would try to get up earlier, in order to watch as the warm morning light pushes away the cold darkness of night.

After a breakfast of eggs, warm naan bread, cheese and hot chai, we headed back towards Jaisalmer. It was Christmas morning and I was sitting astride my camel! What an adventure! What I didn’t know at the time, was that God still had something special for us to experience on that very Special Christmas.

As we hugged Mohammed and said our thanks and farewells, he thanked me for sharing the Christmas story with him. Since that wonderful night, whenever I celebrate Christmas, I see Mohammad’s beautiful smile across the campfire light, with the backdrop of three camels silhouetted against a star-studded sky.

After arriving in Jaisalmer, we deposited our heavy backpacks in a little hostel and went exploring. It was loud, dusty and frantic after the quiet solitude of a night in the desert.

We half-heartedly began to look for a Christian church. Discouraged, we had lunch and returned to our hostel. I decided I would ask the hostel manager if he knew of any Christian churches nearby. He shook his head and said he didn’t know of any. But, just then, his wife came in the room and told us of a small Catholic Church service that was to be held later in the evening. Her friends attended the church, so she knew the general area of town, however she was not really certain of its exact location.

So we decided to continue exploring the city and meandered over to the general area to see if we could find the church. We wandered hither and yon without finding any building that resembled a church. We were about to give up, when we spied a group of excited young children hurrying down a dusty road. We stayed well behind them and tentatively followed the children to their destination, which turned out to be a huge cave!

We had found the church service that was being held in a candle-lit cave. We were the only Caucasians at the service, but we were warmly welcomed by several people. The children morphed into the choir and sang Christmas carols we recognized, but were sung in Hindi. Despite the language barrier, we sensed the wonder and majesty of a God-filled celebration of Christmas. The candle light reflecting in the eyes of the children set our hearts aglow.

Following the service, the priest chatted with us about his little church. They were in the process of erecting a church building nearby, so until it was completed, the congregation met in the cave. I was reminded that many believe the birth place of Jesus may was probably not in a“stable” as such, but in a cave much like the one we stood in.

We were so blessed to have spent that Very Special Christmas in India. We, like the Three Wise Men, traveled the desert upon a loping camel. We, like Abraham, sat around a campfire and shared food and companionship under a starry desert sky. We slept under a glorious effervescent moon. We sat on a wooden bench in a candle-lit cave and sang along to Silent Night, Hindi style.

It was such a Sacred Holy Night. It was a Very Special Christmas! 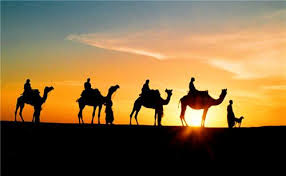 CHRISTIAN SCHOOLS IN THE TORONTO AREA! 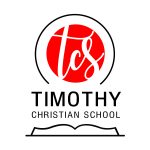